Oh the Things You Can Say!

It’s Press Junket time!!! And one of my absolute favorite things about Rob is the Word Vomit he brings while being interviewed. What is Word Vomit, you might ask? Basically, it’s the spewing of words from a person with absolutely no filter. I’m sure we’ll all agree that Rob is the King of this, right? And although we have only had a few Rob interviews so far, he has given us so much to enjoy already.

The first one that made me giggle was in Brussels, it was a brave fangirl’s birthday…

Are you 3 years old?  LMAO!! The poor girl couldn’t figure out the joke, she just asked Rob to kiss her. She was probably shaking in her boots! But she did get what she asked for…awwwww.

Now that was sweet, so let’s take it to the complete opposite end of the spectrum with Rob’s story about Edward’s thrusting and the Executive Producer’s “borrowing” Kristen. (check out the 1:06 mark)

The one where Rob calls all of us crazy and you should just give up trying to understand women. Thanks a lot Rob!

The one where Rob wants Twi fans to bring french fries and mayonnaise to events. (I’m on it Rob!) 1:30ish

And whether you’re a Robsten, a Nonsten or an IdontGiveaCrapsten, we all know Rob is not gonna hear the end of this one!

And for those of you who want to go back in your little bubble (like me), I leave you not Word Vomit but Hope For All. (or just me, lol) 1:35ish

By the way Rob, how many times do we have to tell you…We Love YOU!! Looks like we all have bad taste.

Until next time, because you know he’s just getting started,

So what did I miss? What was your fave Word Vomit so far?

PS- Tonight I’m going to be hanging out at the backdoor of Jimmy Kimmel with this amazing banner made by the lovely and talented Cared. Let’s hope I get it signed and have a story for you when I return! 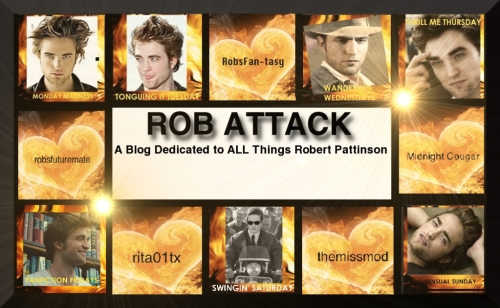 80 responses to “Oh the Things You Can Say!”