The last few days have been dark and cold, in more ways than one, and I’m needin’ to get to my happy place in the worst way!

Remember the Caitlin Cronenberg photoshoot Rob did for Vogue L’Uomo? Were you just as shocked as I was at the surreality of it? The fantasticness of it? Yeah, it was kinda weird at first but, the more I looked at Rob in all the strange clothes and poses, the more fascinated I became!

In his last interview with Jimmy Fallon, Rob called the hardware on the coat “Nipple Armory!”  Someone else called them “Butt Plugs!” Either way, they look ouchy as hell!

Didn’t take long for our enhancers extraordinaire to swing into action! This futuristic banner was made by Jules {Creations by Jules}! 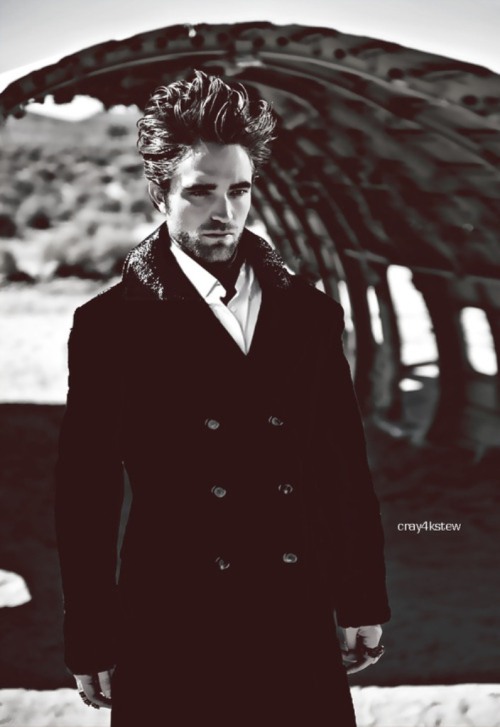 Cray4kstew shows us the coat without all the scary stuff! No distraction from Rob’s “Mile High” hair LMAO! 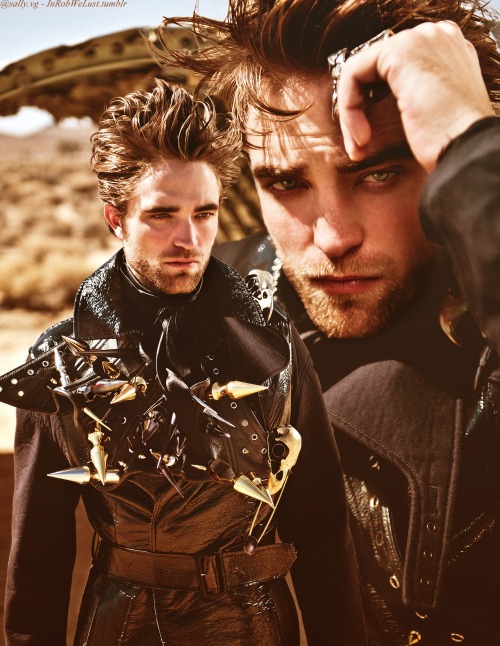 Sally {InRobWeLust} made this brilliant two-fer {two for one} and shared it on tumblr!!!

This is more like the messy hair we love to see on Rob, with a closer look at the Butt Plugs {uh, I don’t think so!}

Personally, I’d like a better look at that full-finger ring! But, I’ll settle for Rob’s beautiful eyes in this Francies67 edit! 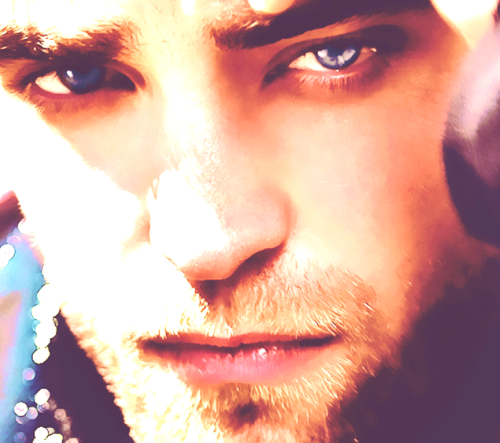 This edit I snagged from TinyPixie looks like a paintin’…again, his eyes are simply mezmerizin’! 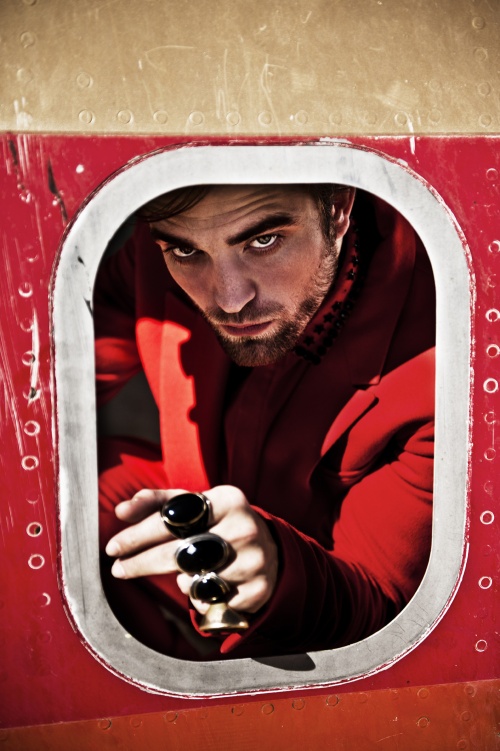 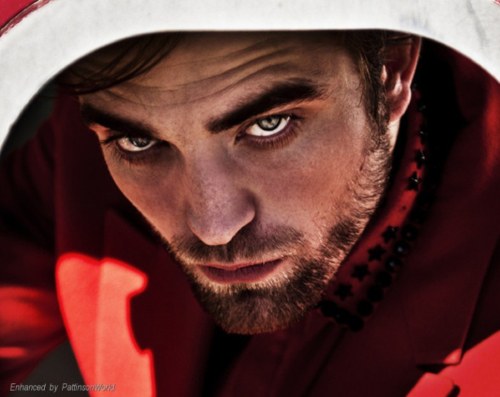 A Pattinsonworld edit gives us the close-up we all crave!

Francies67 changed the color from red to grey, which immediately made me think of… 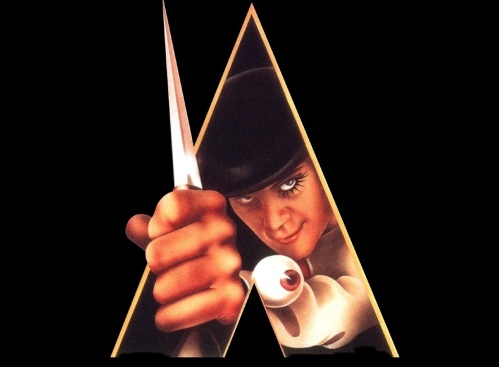 this poster from Stanley Kubric’s film, A Clockwork Orange! Damn kinky/creepy film, in its day! 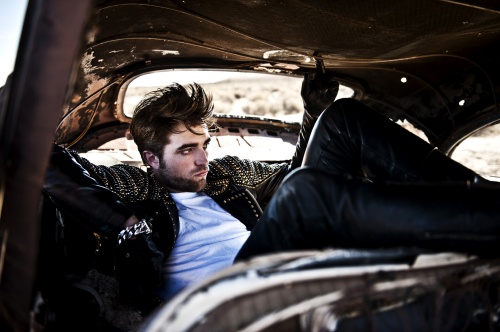 Rob usin’ his middle finger in this shot…subliminal message to the paps?

Don’t know about you, but I sure wanna crawl into the back seat of that car with Rob! 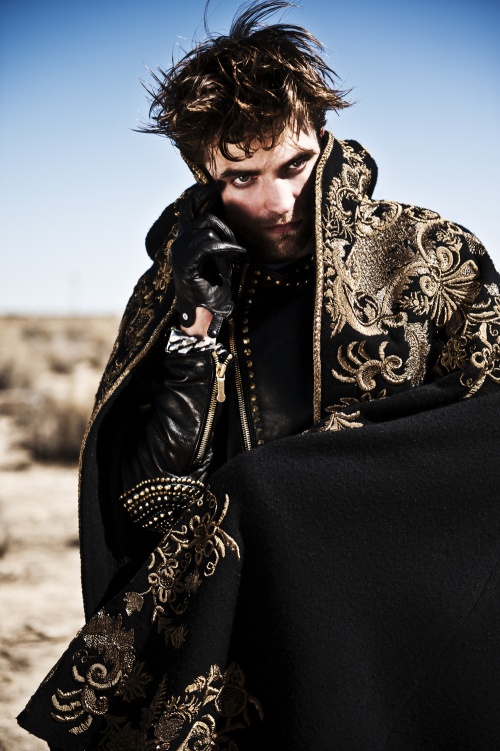 Something about this shot is very Count of Monte Cristo…ish! 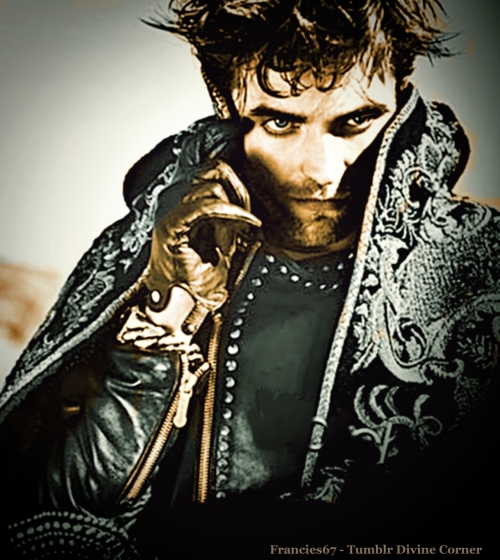 Rob looks HOT, in more ways than one! {Well, it WAS shot in the desert LOL!}

But I needed a closer look at his eyes cause I swear they used mascara and eyeliner on him!

Now, the pointy shit on The Pretty’s eyes was a real “whoa…WTF!” moment LMAO!!! 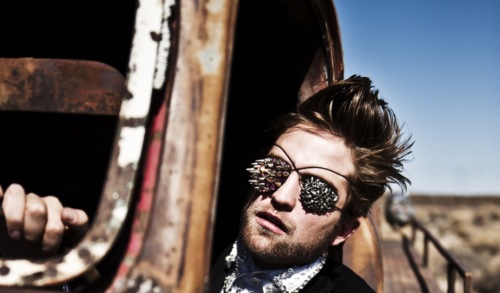 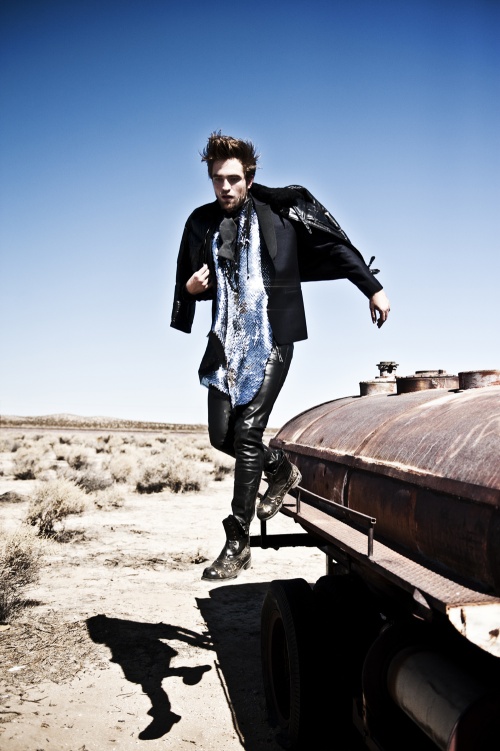 Rob said {again, on Jimmy Fallon} that he felt like a 45 year old divorced guy when he hoisted himself into those painted on, skin-tight leather pants!  I disagree vehemently!!!

But, why couldn’t that long, silvery metal scarf have been waaaay shorter IYKWIMAITYD?! 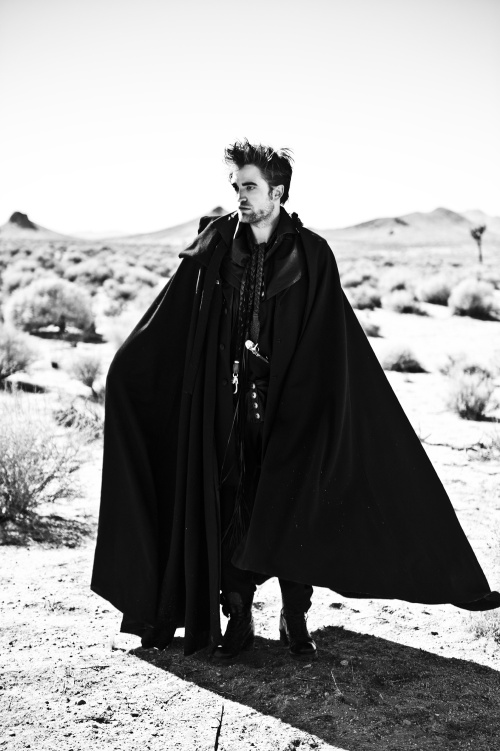 Give Rob a dashin’ rapier and a mask, and we’d have our new Zorro! 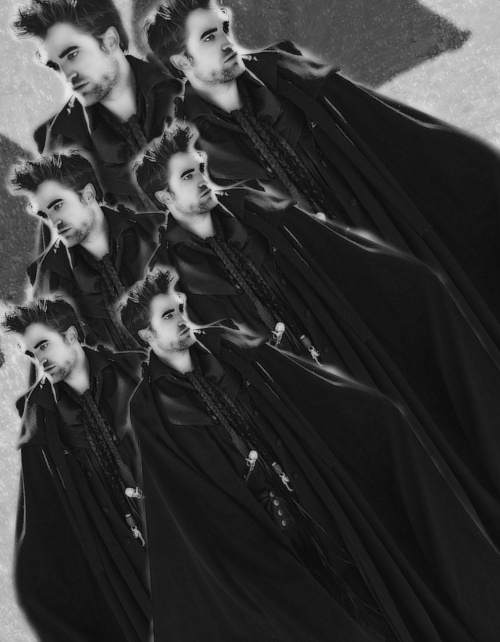 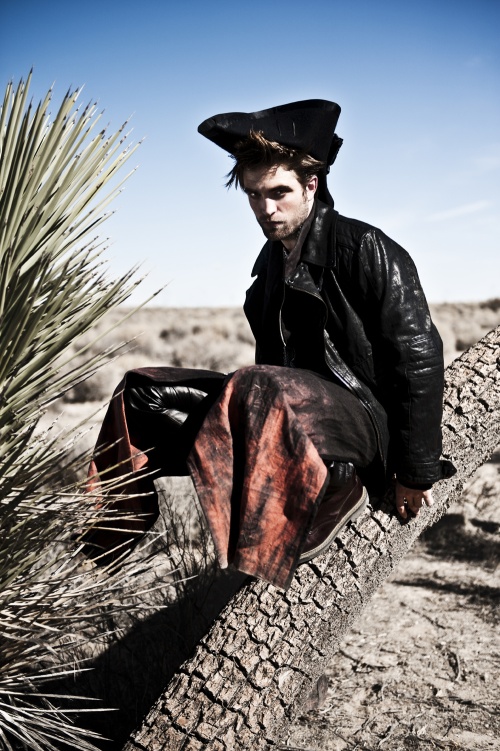 Need a better quality close-up of Rob’s face in that crazy hat!

Can’t leave you without sharin’ this other Veranajj vid I found! She’s freakin’ awesome!!

Filed under Addicted, Rob Pattinson, Sensual Sunday, What Gets You Hot?